Balancing tourism development with its secluded character like a seesaw, one could safely say that Kos, being the third largest island of the Dodecanese only narrowly surpassed by Karpathos, and second largest in terms of population (35.000), overshadowed by Rhodes, with an expanse of 292 km2, due its large size and elongated shape, is a fascinating island since it can offer something to everyone.

Fringed by long sandy beaches, Paradise beach being the most popular, dwarfed beneath mighty crags, cut through with lush valleys and everywhere displaying proud relics of its storied past, Kos is an island of varied surprises and treasures. Third-largest in the Dodecanese, the island, with its highest peak, Dikaio rising up to a considerable altitude of 845 metres in the northeast, certainly remains one of the greens in the dry archipelago, with lush terrains and elevations, flashing in its flowery landscape and surrounded by extended sandy beaches. All this beauty has not gone unnoticed, of course; with its balmy climate, or “efkrato” in Greek, and monuments from various historical eras, Kos was among the first Aegean tourism pioneers, starting to attract visitors from the 1930s, being still under Italian rule. 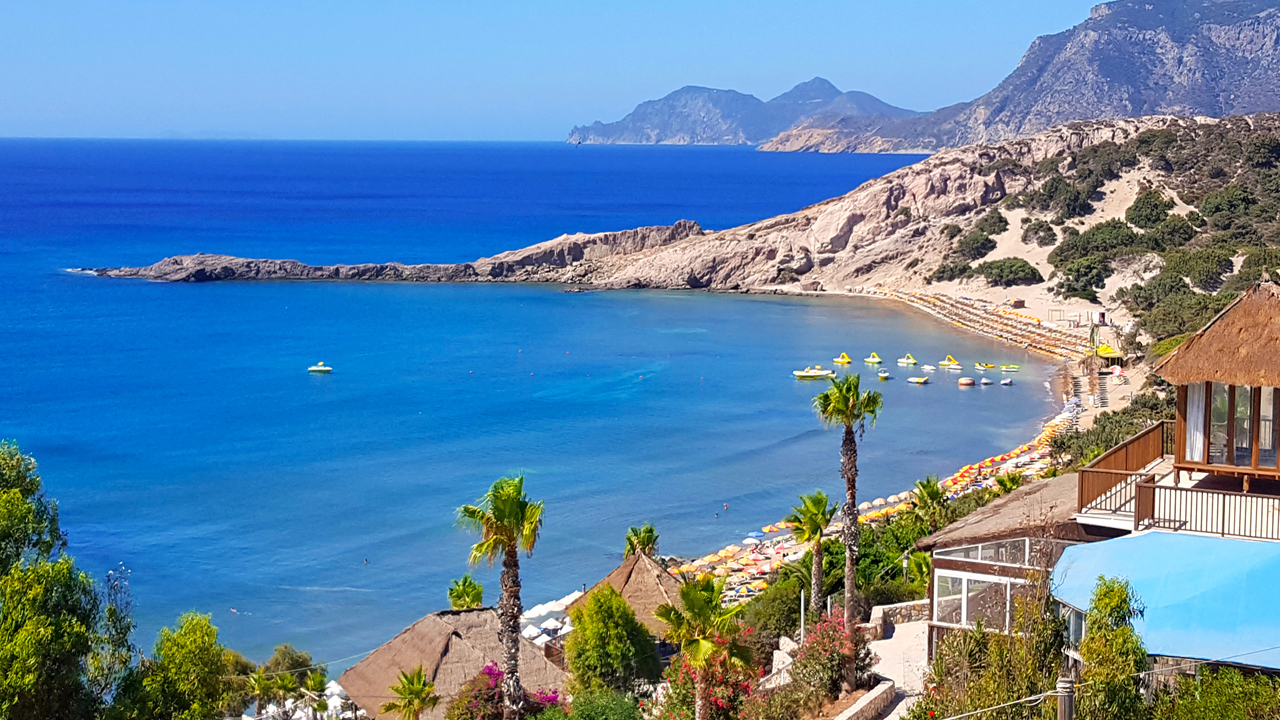 History considered to be the time traveler’s favor, mythology has it that everything begins when the three giants Kinnas, Phoebos and Kios fled to for a shelter on the island after they had been defeated at the mythical epic battle between the Gods and the Titans; so today, Kos is famous for its living history through its architecture, which covers all the historical periods from the ancient times until the present day with representative monuments and buildings such as the Asclipieion, the Academy of Music, the Ancient Market, the Baths, the Theatre; and, of course, the Casa Romana, the Ancient Temples along with the Byzantine castle and churches and the Medieval castles.

In antiquity Asclepius, the god of medicine, was worshipped and glorified here with pilgrims swarming from far and wide to his temple to be cured, going through cleansing rituals. No wonder that Hippocrates, the father of medicine, was born here too. The Michelangelo of his time, painter Apelles, came from Kos also, while it was here that some of the earliest churches were built when St. Paul the Apostle visited the island on one of his holly missions in the 2nd century BC.

Long after, in 1315 the Knights of St. John arrived and setting foot for good mastered and ruled for the two centuries to follow, until the Ottomans took turns before the Italians took over in 1912, and, finally, the island was united with Greece in 1947. 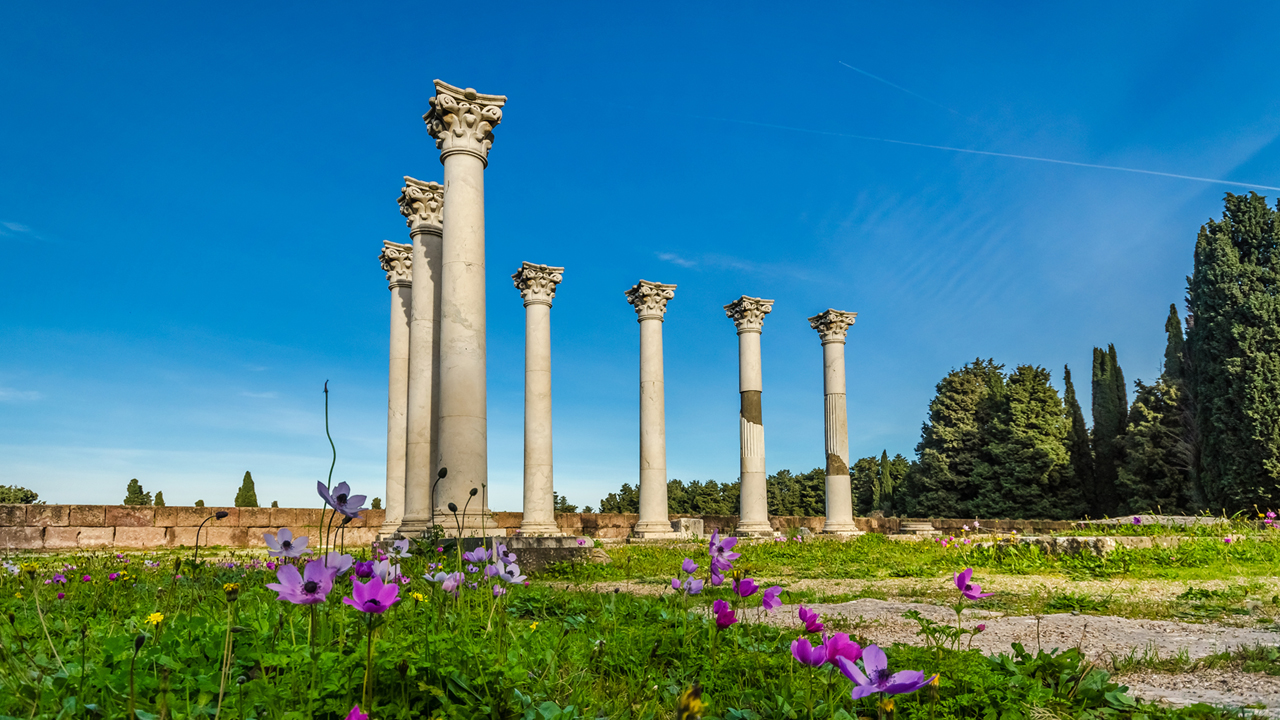 Regardless of the touristic parameter, Kos is naturally gifted: rich volcanic soil and sufficient water reserves from its mountainous area, have blessed the locals with grapes for wine, wheat, fruits – the renown melon being the star – olives, the famous “red cheese” (cheese baked with red wine), the Kos honey (perhaps the most well-known product of the island), as well as rich fishing-worthy inky, deep waters.

But, wait, there’s more; for long, narrow Kos, lying just off the coast of Asia Minor with Bodrum just seeable, besides being an ancient History exemplar, a witness to the crossroads of cultures that the island counterweights, besides being the mother of the father of systematic medicine, author of the Hippocratic oath taken by doctors even today, is also considered one of the hottest party islands that offers great nightlife to the night crawlers and thrills and chills to the more adventurous with its nearby islands, such as Kalymnos for rock climbing and Nissyros for a visit to the active volcano, not to mention that the island has become synonymous with biking over the years. What more to ask from a holiday resort?

However, what awarded Kos its prominence among the most popular resorts on an international level is its locals, who are second to none when it comes to extending Greek hospitality; they know how like no other. So there you go: despite it being frivolous to say that a place has something for everyone, Kos really does.

An island where every moment is special. Meet the past and be part of its living truth!